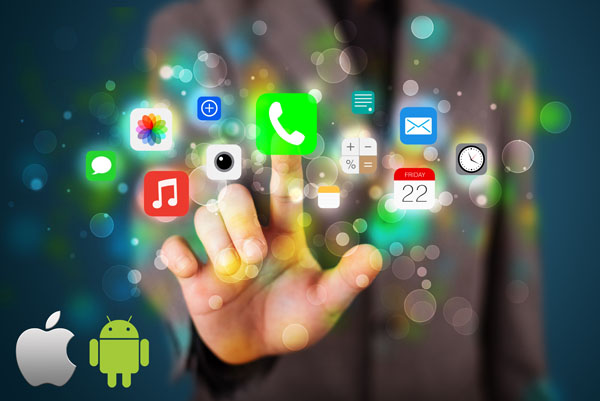 Microsoft’s Office Suite including the Word, Excel, and PowerPoint has been one of the most useful apps of all time.
Users can create word docs, excel sheets and even PowerPoint presentations on the go right on their mobile devices using these apps.
The Microsoft Office Suite is available for Android and iOS free of cost.

Gmail is not just the leading email apps by Google but is also among the top apps across all the categories.
With the addition of support for other accounts like Outlook and Yahoo, and even Office Exchange emails, the app has become more useful than ever.
The search giant has also been regularly rolling out new features for the service across platforms. The app can be downloaded for free.

Google Drive is another application from Google that lets users store their documents and media files on the cloud and access it from anywhere around the globe.
On creating a new Gmail account, Google by default gives users 15GB of cloud storage limit.
Files can also be accessed on Google Drive even without an internet connection, thanks to the ‘Available Offline’ feature.

The note-making app Evernote is another useful app. Users can take and upload notes, images, audio, video and more. All the documents can be synced across different devices. The notes and other content from the app can be shared with others too. The free app competes with apps like Google Keep and Microsoft OneNote.

This one is for those who want to stay on top of news and other things posted by publishers online. The free app available on Android and iOS platforms lets users save links to news pages, videos, images and more. The app can also read out the saved articles/news for the users.

The SwiftKey app is backed by a powerful word prediction engine that shows the next words and changes it according to the app opened on the mobile screen.
The keyboard and can be resized, themed, and more to enable users to type easily. Since the predicted words get saved, users can install the app on any other device, log-in into their SwiftKey account and continue typing with the same familiar word prediction process.
Like others, this app is also free to download.

Pushbullet is another free app that will save users a lot of time especially while transferring links, articles, text, images or anything else from mobile to their PCs wirelessly.
Pushbullet, all that they require is to install the app on their smartphones and on the PC Web browser.
This app also has the ability to mirror smartphone notifications on the PC screen, from where users can also reply to texts, emails, delete emails, get notified about incoming calls and more.

Adobe last year launched its Lightroom application for mobiles. The service has been there on desktops since the past few years.
The app is for photography enthusiasts who want to apply some really fine pro-level customizations on the images taken by the smartphone’s camera.
Users can tweak color tint, brightness, contrast, tones, auto tones and more to make the images more attractive. Sharing the end results directly via social apps is also possible.

Trello is an app that keeps users on top of multiple projects while planning a vacation, office team meetings and more. The free app shows different projects like cards and notifies the concerned person as and when the admin allot a project to that person. Adding the checklist of ‘To-Dos’, attaching files from Google Drive and Dropbox, replying to comments and more too is possible from inside the app. There is also an app for desktops

Companies like Samsung, HTC, Sony, and others put a lot of features in their user interfaces, cluttering it for some users.
The Google Now Launcher brings a much cleaner interface on the devices, giving users the ‘Stock Android’ home screen.
The launches not only gives access to useful information like distance from Home to Office in Google Maps, quick access to news and other sports information but also gives easy access to other Google Services, boosting the users’ overall productivity levels.